Download And Install Windows 10X On Any Windows Pc Without Losing Data. Download Windows 10X ISO File and Install It On Any PC. latest build of Windows 10X (20279) on our PC and it worked quite well.

2. Once you are on the BIOS page, you need to enable “Virtualization”. Every PC has a different name for the virtualization technology so look for “Intel VT-x”, “Intel VT-d” or anything on similar lines. Move between different menus and enable virtualization and save the changes by pressing the F10 key.

3. Once you have done that, your computer will reboot to Windows 10. Now, we have to enable Hyper-V on your Windows 10 computer. To do so, press Windows and R keys at once to open a Run window. Now, type optionalfeatures.exe and hit enter. 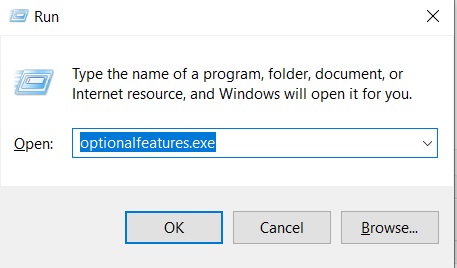 4. Here, scroll down and look for Hyper-V. Now, enable all the checkboxes under Hyper-V and hit the OK button. It will start installing the necessary packages and will ask you to restart the computer once the installation is done. 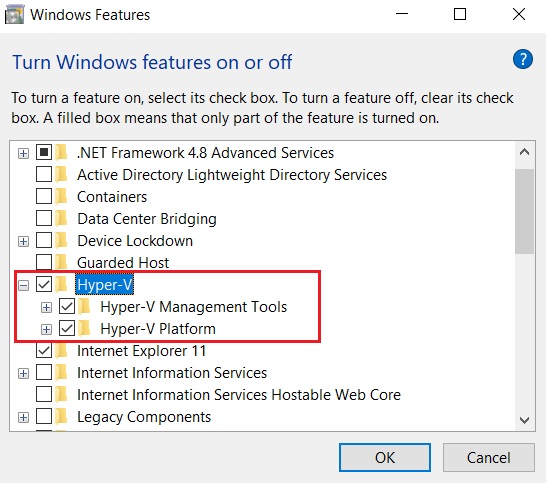 5. You have successfully enabled Hyper-V on your Windows 10 computer. To open it, just press the Windows key once and type “Hyper-V” in the search bar and you would find the application on top. Click on it. 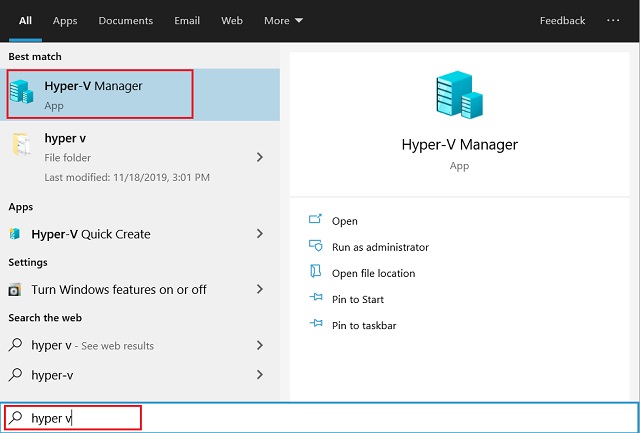 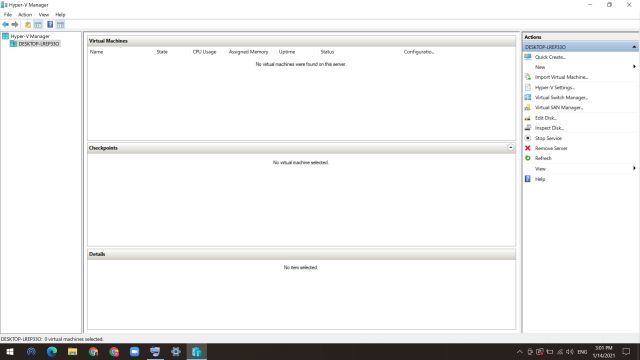 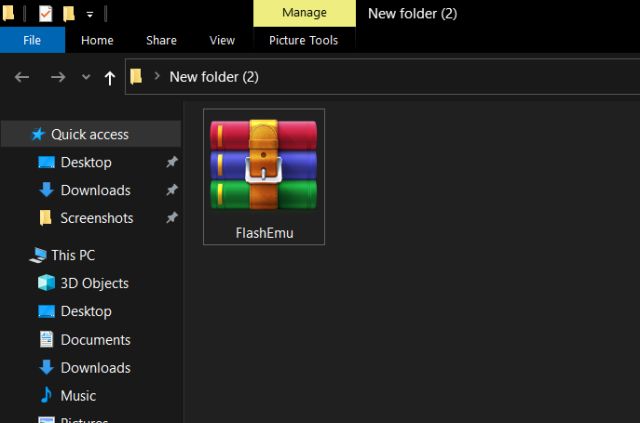 8. After downloading the file, extract the ZIP file and move the Flash.vhdx file to an accessible location like Desktop. I would recommend you to save it where there is ample storage available. 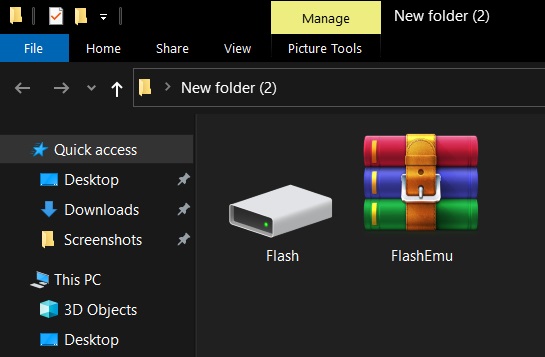 9. Now, come back to Hyper-V and click on “New” and select “Virtual Machine” from the top-right pane. 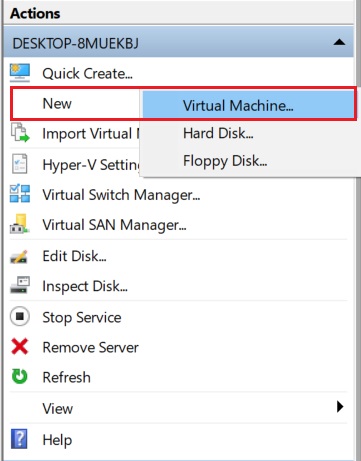 10. After that, give a name to the virtual machine. I have named it “Windows 10X”, but you can choose your own. 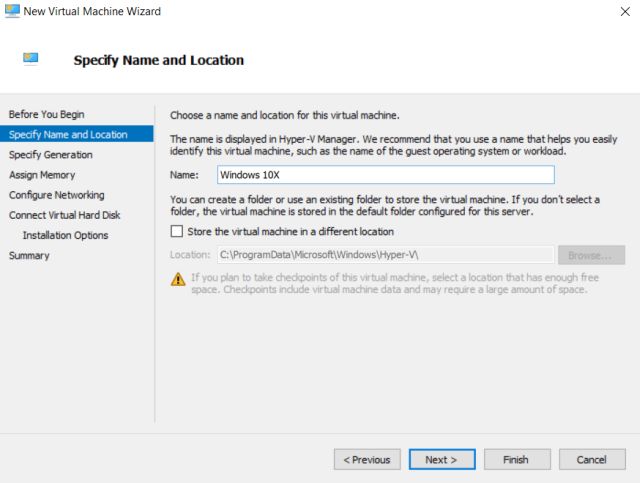 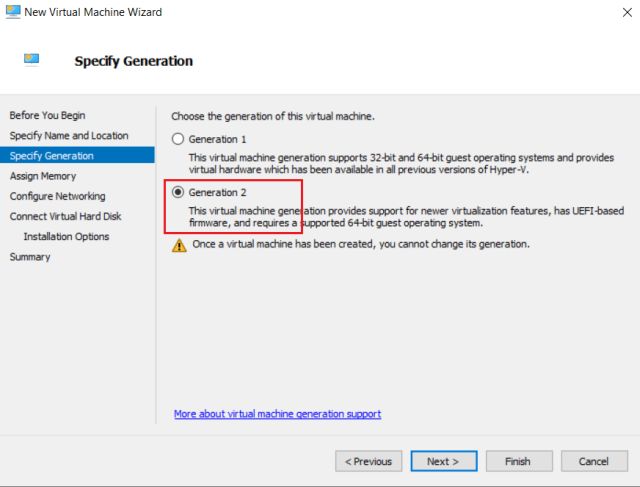 12. After that, allot RAM to the Windows 10X virtual machine. I would recommend you to allot 3GB (3072MB) or more for better performance. 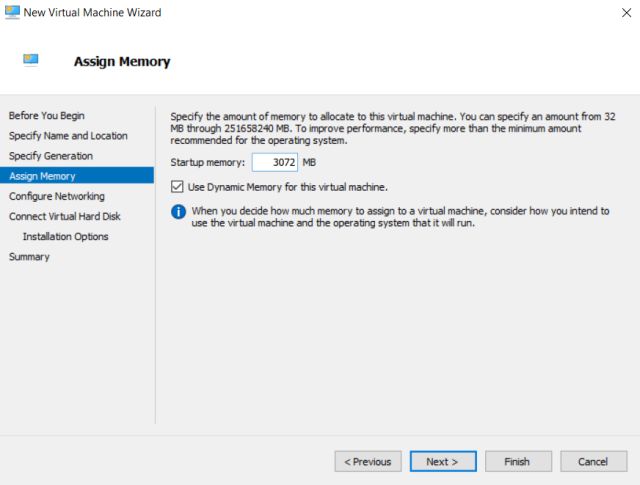 13. On the next page, choose “Default Switch” from the drop-down menu and hit “Next”. 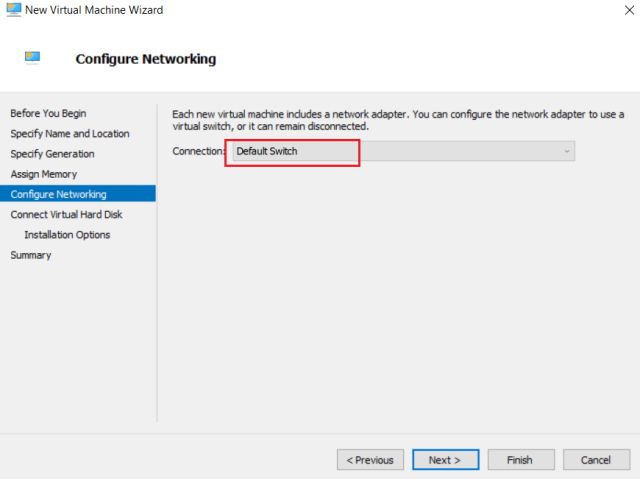 14. Finally, click on “Use an existing virtual hard disk”  and select the “Flash.vhdx” file by clicking on the “Browse” button. 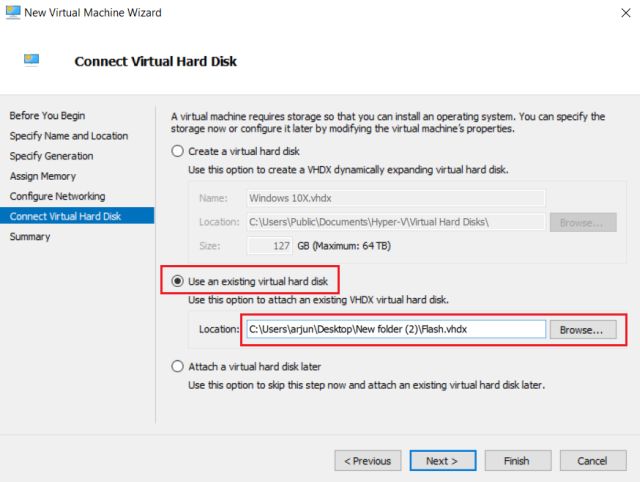 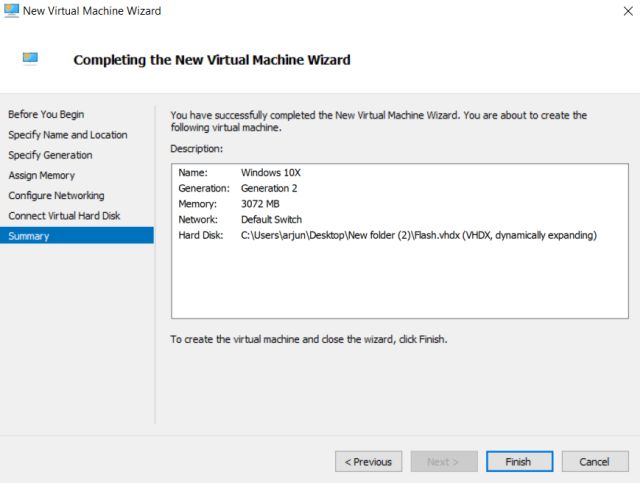 16. Now, this is the virtual machine that we will use to run the latest version of Windows 10X on our PC.

Run Windows 10X on Your PC

1. Right-click on the virtual machine and choose “Connect“. 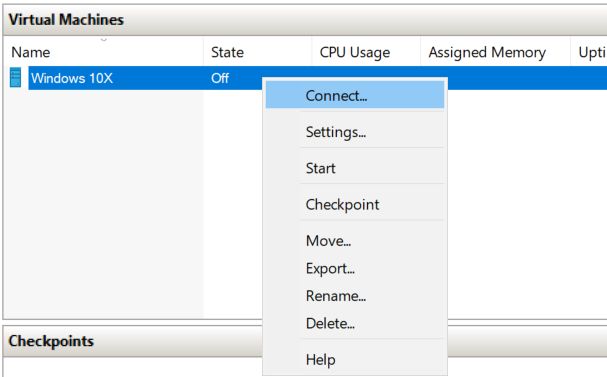 2. After that, click on “Start” and Hyper-V will start the Windows 10X virtual machine directly from the VHDX file. On the first run, it will take some time to process all the files and information.

Note: Even after 30 minutes, if the VM is stuck on a black screen then you are most likely using an AMD GPU. Go through our next guide to find a solution. 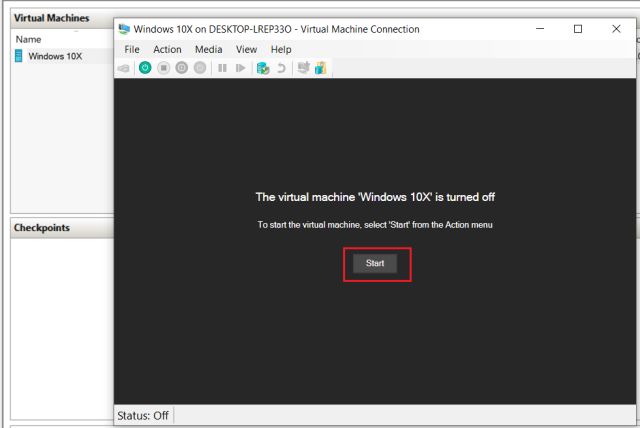 3. Finally, you will be greeted with a Windows 10X boot animation. 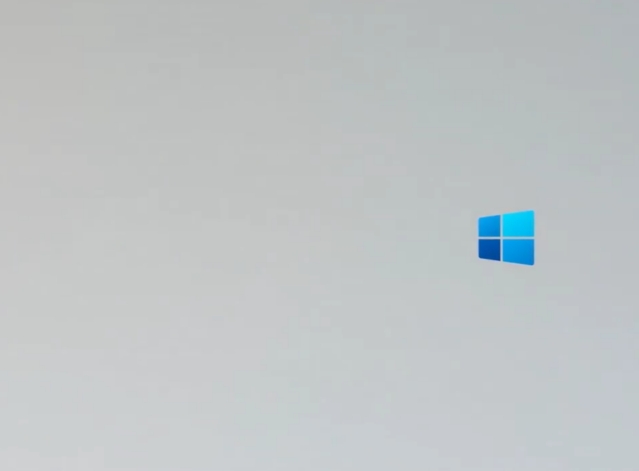 4. Now, go through all the on-screen instructions and login with your Microsoft account. You can also create a PIN during the initial setup. 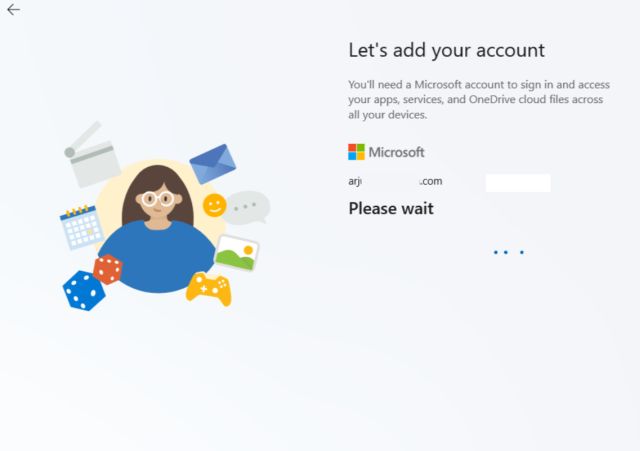 5. Now this is what the nearly-ready Windows 10X looks like on a single screen. It looks quite promising, right? To learn more about the final build of Windows 10X, go through our first impressions below. 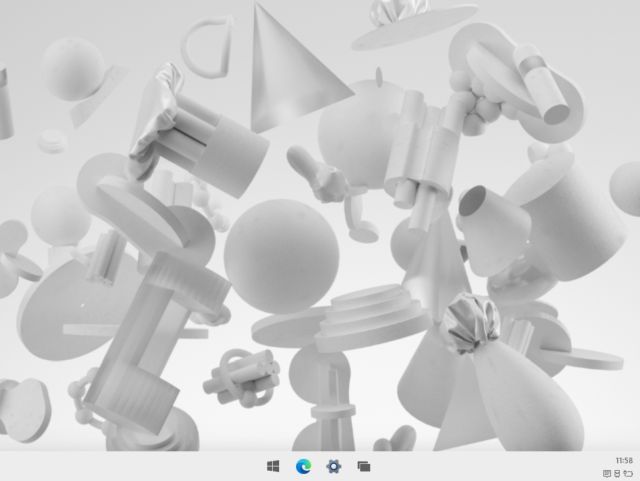 6. If you want to stop the virtual machine then click on “Action” at the top-row menu and choose “Turn off“. 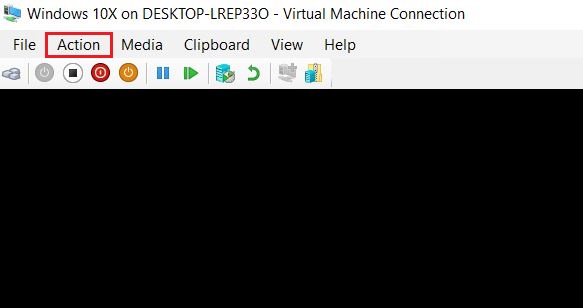 7. And if you want to delete the Windows 10X virtual machine then right-click on the VM and choose “Delete“. That’s it. 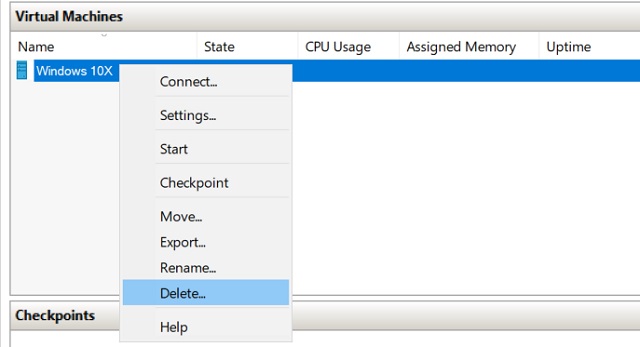 Currently, there is no way to run the Windows 10X VM without disabling the AMD GPU altogether. You will have to use the integrated GPU that comes with the Intel chipset to run Windows 10X. And yes, the performance will take a hit due to the lack of a powerful GPU. Nevertheless, if you want to taste the finalized version of Windows 10X on an AMD GPU then here is how to go about it.

1. Right-click on the Start Menu and open “Device Manager“. 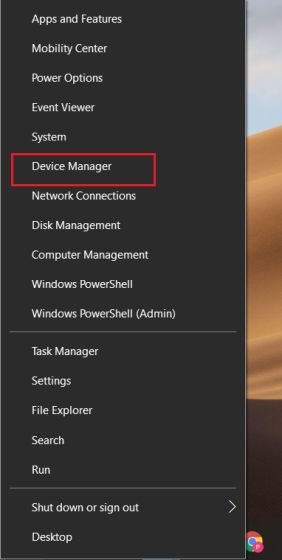 2. Here, expand the “Display adapters” menu. Now, right-click on the AMD GPU and disable it. 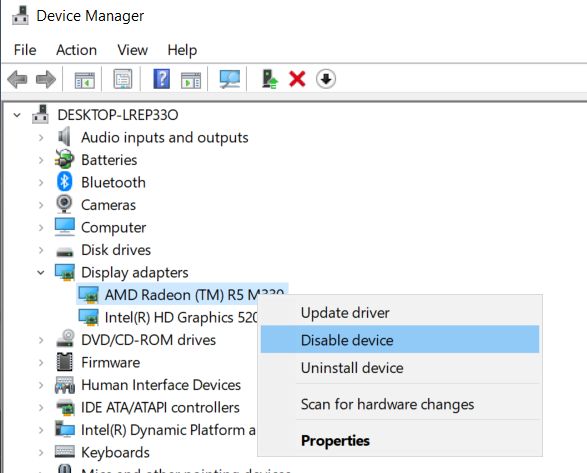 3. Finally, start the VM in Hyper-V Manager and this time, Windows 10X should boot fine.

Windows 10X, in its near-final version, is unlike anything that we have experienced in a Microsoft product. It’s polished right from the boot screen to the onboarding setup. In terms of design and aesthetics, Microsoft has really done a great job and developed a consistent UI across the board. Some would say that it looks like Chrome OS and that would be partly true. However, I am happy that Microsoft ventured to bring a lightweight OS to the masses.

Also, it’s hilarious that you can run legacy Windows apps on Chromebook via Wine, but can’t run native Windows apps on Windows 10X. Hopefully, before the final release or a year down the line, we might get legacy app support through improved x86 emulation. For now, I can say that it performs really well, has beautiful UI and animations, but the lack of Win32 apps (even containerized) might push the much-hyped OS to oblivion just like Window 10S.

Install Windows 10X on Windows 10 and Experience the New UI

So that is how you can run Windows 10X on your Windows 10 PC and explore the new UI that is most likely coming to Windows 10 users through the Sun Valley update. Since I use Chromebook as my daily driver, I found the Windows 10X experience strikingly similar to Chrome OS. And that is not a bad thing.

I just hope either Win32 apps make a comeback in the near future or Microsoft pushes developers to release new build of their apps which are compatible with Windows 10X. Anyway, that is all from us. If you are facing any issues then let us know in the comment section below. We will surely try to help you out.